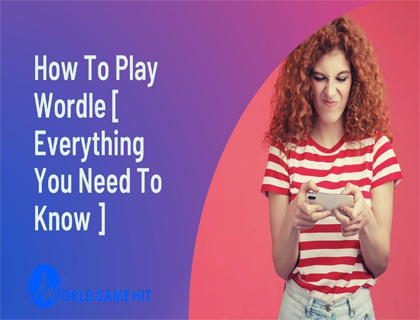 How To Play Wordle Everything You Need To Know

We’re all searching for something pleasant to divert us — even if it’s only for a moment — from the pandemonium at this point in the pandemic, which may explain why the simple, no-frills game Wordle has become so popular. It’s a web-based challenge in which players must guess a new five-letter word every day in six tries or less, with the identical word being given to everyone.

You may have noticed people on Twitter sharing the grey, green, and yellow square patterns, which represent how they did on that day’s Wordle without revealing the solution (more on that in a sec).

Wordle developer and software engineer Josh Wardle (get it?) created the game as a gift for his partner Palak Shah, who enjoys word games and crossword puzzles, according to a charming New York Times story.

In 2020, the two reportedly became interested in the NYT Spelling Bee and daily crossword puzzles, and Wardle sought to build a new game that Shah would like. The game’s supposed scarcity — only one puzzle each day — makes the player need more. 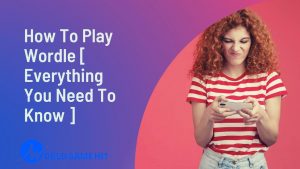 So let’s dive into how to play the wordle game.

How To Play Wordle Game?

To be honest, I was stumped the first time I launched Wordle in my online browser. A pop-up window appeared, with some fairly hazy restrictions about coloured tiles.

I was left with 30 black boxes, a keyboard, and nothing but anxiety after closing the pop-up window. Wordle can seem frightening at first, but it’s actually quite enjoyable once you get the hang of it.

Here are some things that helped me get started.

First and foremost, instead of seeing the board as 30 black boxes, consider it as six rows of five. Each row corresponds to one of your five-letter guesses.

Because you aren’t given any hinters when you begin the game, your first guess will always be a wild guess. You are allowed to guess any five-letter word that comes to mind.

You’ll see each letter appear in the boxes as you type it in. After you’ve finished inputting the word, press enter. BOOM. The colour of the tiles should change.

What Do The Various Tile Colours In Wordle Mean?

Finally, you’ve got something to work with. If a tile turns green, it implies you chose the correct letter for that location.

If a tile turns yellow, it signifies the letter is present in the mystery word, but not in that location. Furthermore, if a letter turns grey, it indicates that it is not present in the word. It should be thrown away. During the game, don’t guess that letter again.

You may now try once more. You’ll have another five chances to get it correctly. You’ll get more information about which letters are in the word and where they’re located after each guess.

The game’s object is to guess the correct word before you reach your sixth attempt. If not, the mystery word will be revealed, and you can try a new puzzle the next day.

Is It Possible For Letters To Repeat In Wordle?

Unfortunately, this can make the game more difficult, particularly when your estimates run out. Thankfully, Wordle won’t allow you to guess a word that isn’t actually a word, so you won’t spend your time guessing when you’re in a hurry.

Is It Possible To Play Wordle With Your Friends ?

No, not officially. There is no option for shared gameplay in the official games, which solely support daily puzzles that may be accessed by anybody.

However, a new website created by a community volunteer, Mihir Patil, fills the void by allowing you to do just that: play Wordle with a friend.

There is also no limit to the number of games you can play, so you and your companion may have hours of fun together. When playing with friends, the game is also timed.

This allows you to assess each other’s performance when guessing the word in question. Play Wordle with your friends and family using the instructions below.

Is There A Wordle App Available?

Although Wordle was originally exclusively available through the website, there are some improvements in the works.

Wardle revealed some insight into the game’s future in a Jan. 12 interview with Newsweek, including any plans (or lack thereof) to monetize it. “It expanded organically because my purpose was never to produce cash.” “That’s why it’s not monetized,” Wardle explained, “even though it’s quite easy to see how that could look.” “Twisting it solely to generate money feels terrible to me,” he continued.

Despite Wardle’s worries, The New York Times stated on Jan. 31 that it had purchased Wordle from Wardle for an undisclosed sum in the “low seven-figures.”

What does this signify in terms of Wordle? It’s possible that it’ll soon be available on The New York Times app, among the rest of the publication’s word puzzles. It is unknown when the transfer will take place.

According to Jordan Cohen, Executive Director of Communications at The New York Times, “no particular timeframe has been established,” but “we expect the game to be hosted on The New York Times domain very shortly.”

Where Can I Get Wordle?

Because the game is web-based, there is no official app to download (though a few copycats have tried). Simply go to www.powerlanguage.co.uk/wordle/ to play on a mobile or desktop browser.

You have till midnight to guess the word before it resets and a new one appears. I frequently begin a game, close the browser tab, and return later to try to find out the proper word.