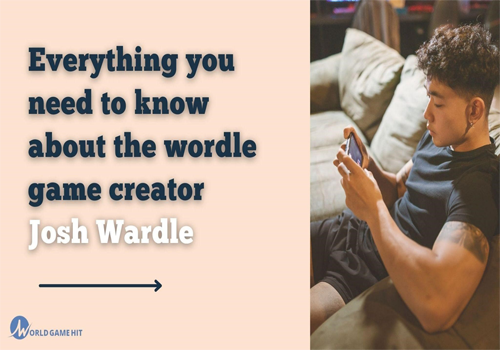 Are you a fan of the viral game wordle? Then you should definitely know about its creator Josh Wardle. In this article, we will cover everything related to the founder of Wordle, Josh Wardle.

The word game ‘Wordle,’ a short and engaging game that has entertained many, has bubbled up on the trending list thanks to its original yet basic concept that arose from the imagination of a Brooklyn-based software programmer. 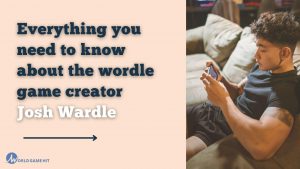 Josh Wardle, the developer of the popular short word game, has been praised as one of the industry’s most successful creators. Every 24 hours, only one word is spoken.

There will be no advertising. There is no need to register. You can even play it if your internet connection goes down. How cool is that?

What Is The Goal Of The Game Wordle?

He made the puzzle game for his word-game-loving partner, Palak Shah. Josh designed the game’s prototype in 2013 and wanted to revisit it during the pandemic.

Who Is Josh Wardle?

Josh Wardle is a software programmer from Wales who now lives in New York.

Wardle, who “used to work in Silicon Valley” as an employee of social news and debate website Reddit, designed the game for himself and his spouse to enjoy.

After the couple “got really into the New York Times crossword,” he was inspired to invent the game, which is essentially identical to the pen-and-paper game Jotto and the US television game show Lingo.

In an interview with Slate, he noted, “I wanted to attempt designing a game that she and I would enjoy playing together, and Wordle was a byproduct of that.”

How wordle was created?

Wardle began work on a Wordle prototype about a decade ago, in 2013, which, while mechanically identical, had some “significant changes.”

Players might, for example, go on to new puzzles as soon as they finish one (the now-popular version gives everybody just one a day).

Wordle’s current daily answer is similarly based on a small group of words: only 2,315 of the more than 12,000 five-letter English language words.

Wardle’s spouse chose the words and divided them into three categories: those she knew, those she didn’t know, and ones she might have known.

The prototype, on the other hand, was not as detailed.

Wardle explained, “I simply threw every five-letter word in the English language from whatever dictionary I found online.” “As a result, there were some pretty weird English words that I had never heard of.”

As a result, the game became significantly different, with players frequently “brute-forcing” their way to an answer.

Wardle chose to keep the game intentionally simple, with only one puzzle per day to save time and no advertisements hoping for the user’s attention.

Wardle claims that his time in Silicon Valley influenced the game’s development into the simple, ad-free experience it is now.

“I’m conscious of the things that you’re supposed to do with people’s attention, especially with games,” he stated. “Things like limitless play, sending push notifications, or requesting sign-up information.”

“Philosophically, I love doing the total opposite of all of those things, doing everything you’re not supposed to do.”

Wardle claims that he was “basically simply building a game for my spouse, and I made certain decisions that we would appreciate” when he created Wordle.

Josh Wardle is a Reddit Product Manager and Software Engineer from the United Kingdom. He is also the founder of the Wordle game, a daily word game.

Wordle is a simple online word puzzle game that has been downloaded over 2 million times on Google Play. In this word guessing game, players compete against each other to guess the word in four attempts.

Josh Wardle built this game for his wife, who enjoys puzzles, and it was an unexpected hit. In Brooklyn, New York, Josh Wardle is also a well-known artist.

Who Is Josh Wardle’s Partner?

Meet Palak Shah, Josh Wardle’s girlfriend from “Wordle.” She was an essential part of the game’s creation, thus she, like her partner, is deserving of praise.

When the game was recently sold to the New York Times for one million dollars, the inventor couple became millionaires from something they made for fun during a lockdown.

Josh Wardle and Palak have not yet married, and nothing is known about their relationship history. Palak, on the other hand, was instrumental in the development of the game and its release.

She also contributed to the sorting of approximately 12000 obscure five-letter words that were nearly impossible to guess.

Palak’s effort helped reduce the number to 2500, which should be enough to last a year. Josh’s girlfriend revealed that she has a new morning ritual that begins with the Spelling Bee and prepares her head for the Wordle.

Although the ‘Wordle’ game is now widely known (the New York Times just reported on it), she is grateful that her partner designed it for her.

Why Did Josh Wardle Decide To Sell It?

Wardle stated that he chose to sell the virtual puzzle because it got “overwhelming” to manage.

He made the announcement on Twitter, praising people for sharing heartfelt stories about the game’s impact on their lives and relationships, and expressing his delight at the takeover. “The game has gone bigger than I ever thought (which isn’t that impressive considering I designed it for a one-person audience),” he stated.

“It’s been fantastic to see the game provide so much joy to so many people, and I’m grateful for the personal experiences some of you have shared with me – from Wordle bringing long-distance family members together, to inspiring friendly rivalries, to helping with medical recovery.”

“On the other hand, I’d be lying if I said this hasn’t been stressful.

“After all, I’m just one person, and it’s vital to me that Wordle continues to deliver a positive experience for everyone as it expands.”

The ad-free website was purchased for “in the low seven figures,” according to the New York Times, which also stated that “the game will initially stay free to new and existing players.”

What Is Josh Wardle’s Estimated Net Worth?

Wardle’s net worth, according to BiographyDaily.com, is between $600K and $800K, despite the fact that he sold the game for “in the low seven figures.” 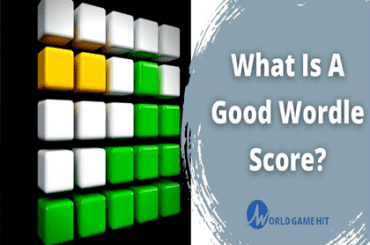 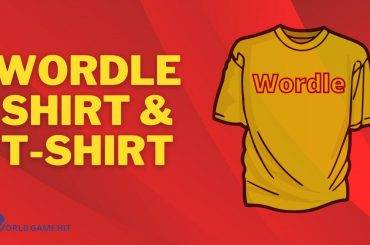 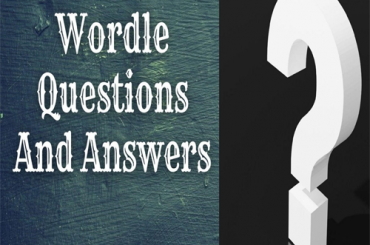