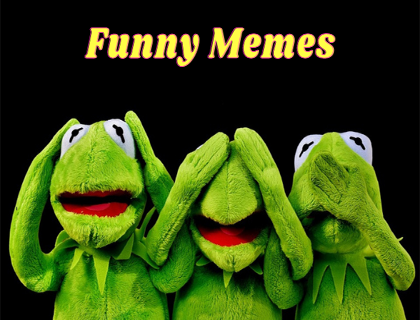 Are you ready to watch some of the best wordle   funny memes that are trending on the internet? Grab some popcorn and keep reading the post, and you won’t be able to control your laugh.

Just A Recap For Newcomers

You may play Wordle, an online word game, every day. It’s simple to do, enjoyable to do, and you just have to do it once a day, similar to a crossword puzzle.

A new word of the day is released every 24 hours, and it’s up to you to find out what it is. The webpage contains the following guidelines:

Participants are given six chances to predict a five-letter word chosen at random by Wordle. As illustrated above, when you place the correct letter in the correct area, it becomes green.

A formal letter becomes yellow when it is typed wrongly. A letter that has nothing to do with the term appears gray.

You can enter a total of six words, which implies that five burner words can teach you about the letters and their locations. You’ll only be able to use those hints once. You can even race against the clock by guessing the word of the day in three, two, or even one try.

It’s all quite straightforward, but it’s also incredibly enticing. 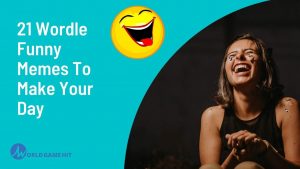 Me laughing at people tweeting Wordle 219 X when it took me all 6 tries pic.twitter.com/Wa6qtfXDBn

2. Wordle 219 is potentially harmful to your self-esteem, if not your health.

3. More Wordle is required! Please return to us!

4. Just a friendly reminder that Amy Adams is overdue for an Academy Award nomination.

5. We’re all in tremendous trouble if loving Wordle is a criminal.

6. It does appear to be this complicated at times.

7. Is there anyone here who dislikes Wordle?

8. On the plus side, that Tetris block is fairly helpful.

Wordle 204 56/172 I think I am doing this wrong pic.twitter.com/WHYtXKLhHz

9. Listen, having a good time is a type of self-care.

Duolingo watching me do the wordle every day pic.twitter.com/GyGpDZcFkl

12. Is it a deal-breaker for you if you dislike Wordle?

My WORDLE’s not working properly and I seem to have booked 10 tickets for Mamma Mia pic.twitter.com/d3nI2g3ylm

14. These puppies appear to have had a rough time with Wordle.

15. Isn’t this something you can hear in your head?

Try out my new game, "Warble". It's like Wordle but the only allowed letters are vowels pic.twitter.com/3zuC7AGqX0

16.Of course, instead of hating Wordle for no reason, one might simply construct a personality, but…

Trying to not get COVID or learn what Wordle is in 2022. pic.twitter.com/DRyhSppuPk

17. Let’s face it, did anyone ever learn to play Minesweeper?

18. This could explain the opposition to Wordle.

Whenever people post their Wordle scores, all I can think of is the rank insignia for Imperial officers in #StarWars 😂 pic.twitter.com/o1BftMBiOa

19.  One advantage of using Wordle instead of Wheel of Fortune is that the vowels are free!

they're playing wordle on tv now omg this is crazy pic.twitter.com/AlDEHRDbwp

I wouldn’t know about that Sir pic.twitter.com/yF7JRnUbye

I hope you guys enjoyed the funny memes, see you another with another collection of wordle memes. Until then, have fun with your Wordle,